Born in 1958, Prof. Böttiger studied medicine at the Medical Faculty, University of Heidelberg. After he was trained as anesthesiologist at the Enzkreisklinikum and the University of Heidelberg, he started his research career at the Max-Planck-Institute for Neurological Research, Cologne, Germany. During the same time, Prof. Böttiger was also involved in medical research at several Universities in the United States. From 2002 until 2007 Prof. Böttiger worked as a Chief Senior Physician and Vice Chairman of the Department of Anaesthesiology at the University of Heidelberg. Since 2007, he is Professor and Head of the Department of Anaesthesiology and Intensive Care Medicine, University Hospital of Cologne. Furthermore, he is Chairman of the German Resuscitation Council (GRC) and chairman of the Committee on Emergency Medicine of the German Society of Anaesthesiology and Intensive Care Medicine (DGAI). He is working for the European Resuscitation Council (ERC) since 2008, initially as Chairman and since 2013 as Director Science and Research. Since 2014 Prof. Böttiger is member of the German Academy of Sciences Leopoldina (Halle an der Saale) and since 2015 he is Chairman of the German Interdisciplinary Association for Intensive and Emergency Medicine (DIVI).

up to 20 CME credits 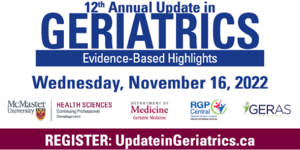