MIRCIM is held in the stunning ICE Kraków Congress Centre.

The reputation of Kraków as a historic city, combined with the extensive hotel base and scores of renowned restaurants, have long made the city an attractive venue for meetings and conferences. It’s no surprise, then, that there was a long-term goal to build a state-of-the-art conference centre, able to comfortably accommodate participants in a prestigious location with easy access to hotels and the city centre as well as transport links, railway hubs and airports. 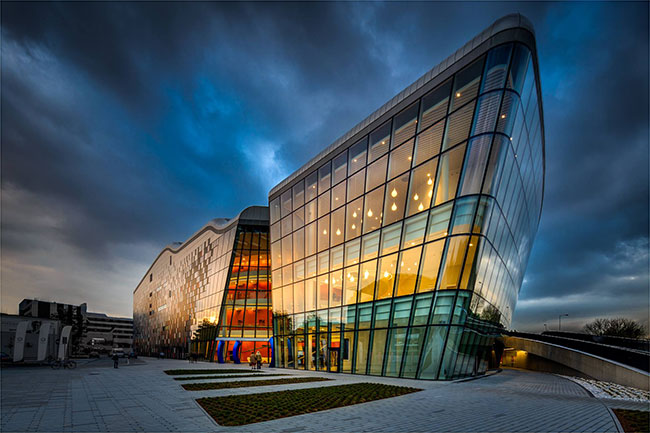 Opened in 2014, ICE Kraków Congress Centre is one of Europe’s most prestigious venues. Located in the very heart of Kraków, the centre is a 10-minute walk from the Wawel Castle, a 15-minute walk from the Old Town and a mere 20-minute taxi ride from the airport. ICE Kraków Congress Centre has over 36,000 m2 floor space, an Auditorium seating up to 2000 people, a fully-equipped Theatre Hall (with Kraków’s largest audience for 600 people), additional conference and exhibition spaces, a three-level foyer and catering facilities. The conference and concert Auditorium was designed under the supervision of the finest acoustic engineers from the British consultancy Arup Acoustics and boasts state-of-the-art technology with the highest standards of acoustics and mechanics. 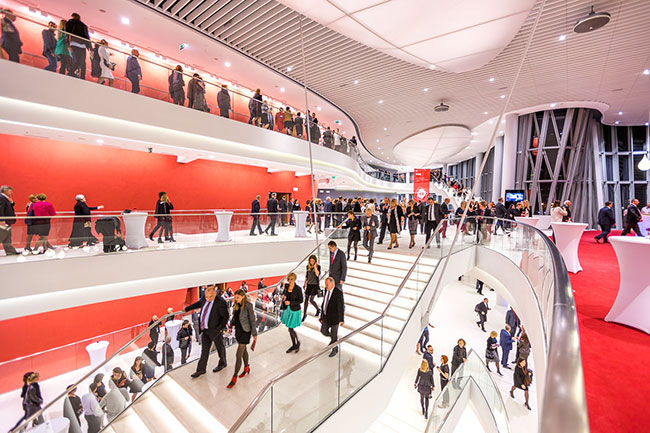 The competition for the new congress centre was won by Kraków’s architectural studio of Krzysztof Ingarden and Jacek Ewý, occasional colleagues of Arata Isozaki and co-creators of the distinctive Manggha Museum. When working on ICE Kraków, the pair was once again assisted by the acclaimed Japanese architect, and the entire project team numbered over 100 people. One of the winning points of the design concept was the building’s glass foyer facing towards the Vistula, which emphasised the close relationship between the venue and its surroundings: the foyer acts as a stage and an audience at the same time, with the silhouettes of visitors gazing at the breathtaking panorama of the Wawel Castle, Old Town and Vistula River clearly visible from the neighbouring boulevards. The façade of the building is partly covered with a 4-colour mosaic: white and red to represent the colours of the Polish flag complemented by two shades of gray. 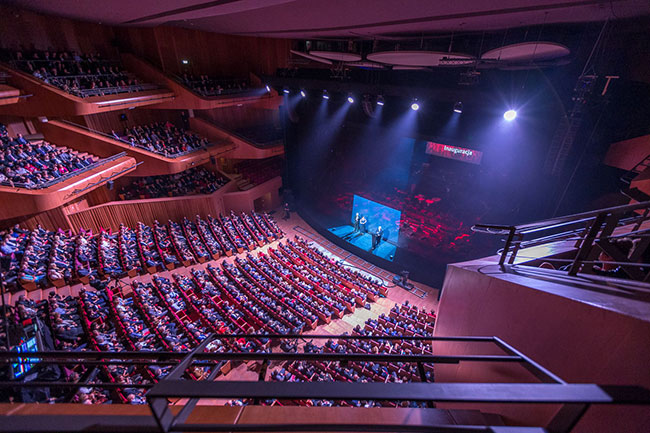 ICE Kraków is one of the most modern buildings of this type in Poland, rivalling similar centres around the world. In the years to come it will host major international conferences alongside festivals, exhibitions and concerts.