70-years-old male patient presented with upper chest pain for six months. History of cardiac disease. There was no history of trauma and the patient was afebrile (Fig. 1). 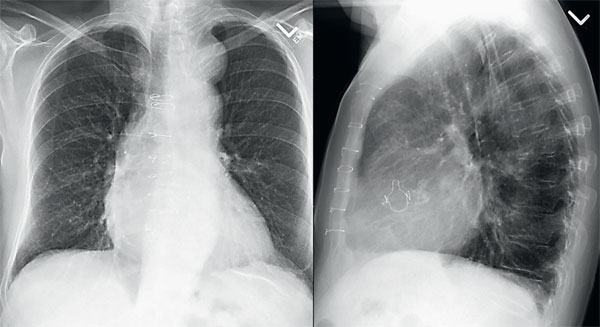 1. Do you see any abnormality on the radiograph?
2. How do you describe the principle abnormality?
3. Where is the precise location of the abnormality?

The most apparent finding on the PA image is the presence of homogeneous opacity in the superior mediastinal, with its inferior margin indistinct from the aortic knuckle and superior margin is projected over the medial end of the left clavicle. Laterally the margin well outline against the underlying air in left lung (arrow on AP radiograph). The medial margin of the opacity is obscured (Fig. 2). 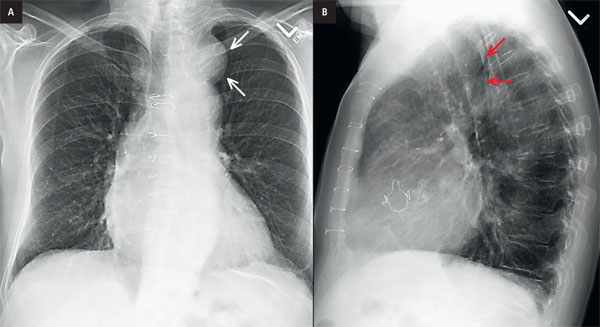 The silhouette sign is based on the premise that an intrathoracic radiopacity, if in anatomic contact with a border of the heart or aorta, will obscure that border. The medial border of the mass is silhouetting the superior mediastinum.
The cervicothoracic sign is based on the tenet that if a thoracic lesion is in anatomic contact with the soft tissues of the neck, its contiguous border will be lost. The cephalic border of the anterior mediastinum ends at the level of the clavicles, whereas that of the posterior mediastinum extends much higher. Hence, a lesion clearly visible above the clavicles on the frontal view must lie posteriorly and be entirely within the thorax, as was in our case.
Esophageal masses, vascular anomalies such as an aberrant subclavian artery, double aortic arch, or aneurysm, and mediastinal extension from a thyroid goitre can all cause increased opacity in the retro tracheal triangle (arrow on lateral radiograph).

The heart and pericardium are in the middle mediastinum, along with the ascending and transverse aorta, the superior vena cava and the azygos vein that empties into it, the phrenic nerves, the upper vagus nerves, the trachea and its two branches, the main bronchi, the pulmonary artery and its two branches, the pulmonary veins, and the lymph nodes next to them. The oesophagus may be referred as a middle or posterior mediastinal structure.

Based on the above explanation our mass is in the middle mediastinum.

This case was subsequently investigated with a CT scan of the chest. 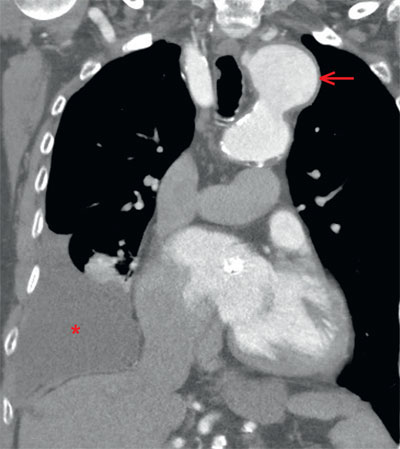 Figure 3. Coronal reformatted images of a contrast CT chest demonstrates a large aneurysm (arrow) from the arch of aorta, without any imaging findings of dissection. A moderate volume of simple appearing pleural effusion (star) is seen on the right side with compressive atelectasis of the basilar right lower segments.

Aneurysm from arch of aorta 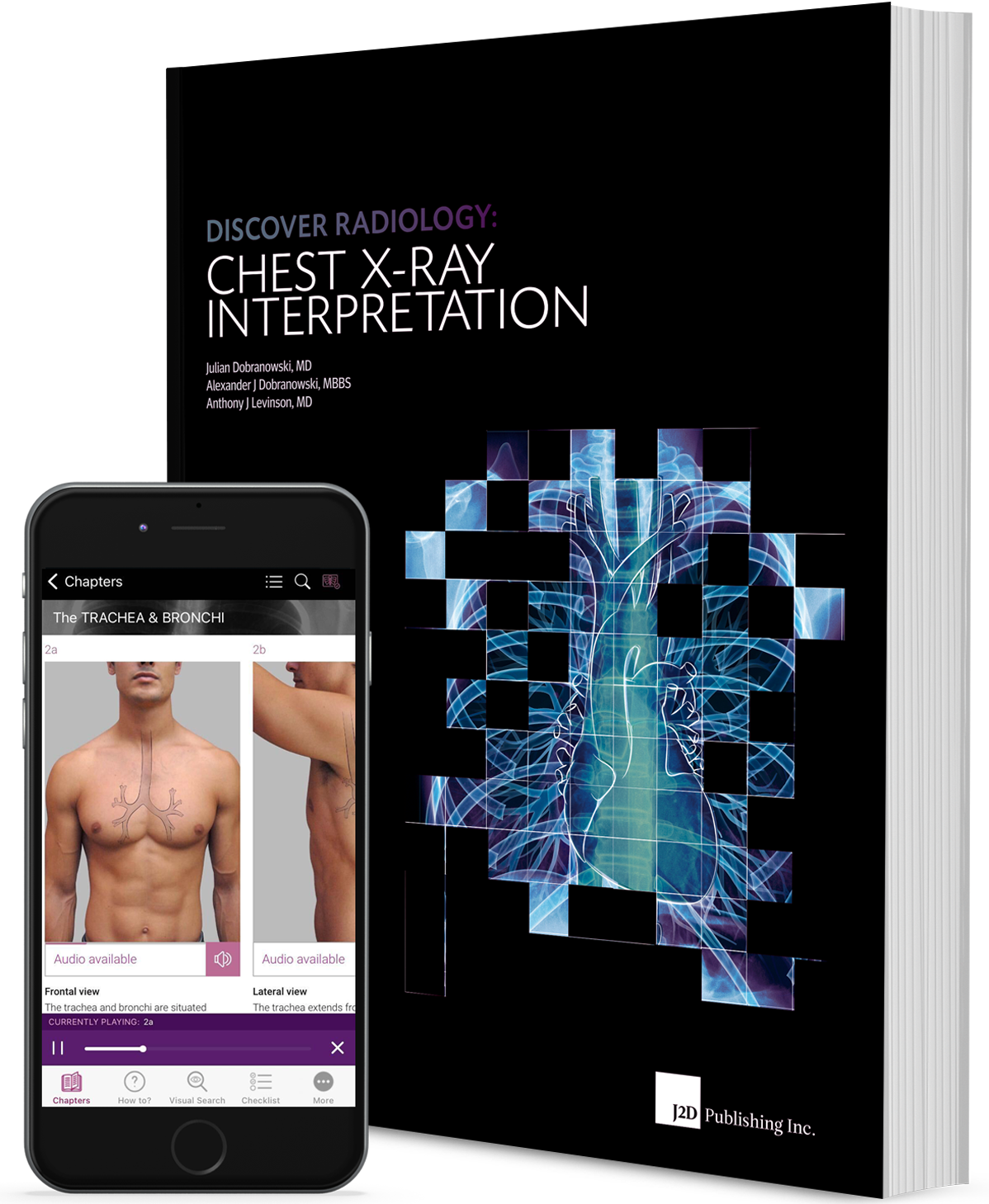 „Non radiologists who spend time with this book will without doubt experience a major upgrade in their ability to interpret chest x-rays.”