Quite often, a tourist can only spend three days visiting a city which would in fact need months to be experienced in depth. Kraków may very well be one of those well-known historical cities where even a short visit offers a wealth of experiences and a feeling of complete satisfaction. See the famous UNESCO Heritage sites, and discover Kraków’s most interesting nooks and crannies.See what attractions are waiting for you – fall in love in our city!

The Old Town is a unique treasure trove of works of art, historic landmarks and monuments. It accommodates the Main Market Square, which is the largest medieval city square in Europe at 200 m to a side, has been preserved intact since 1257 and is still the central point of city life. In 1978 it was included on the first UNESCO List of World Heritage Sites. In the centre stands the Cloth Hall – a medieval trading venue and nowadays one of the most recognisable Polish monuments and a popular shopping arcade. Four meters below the surface lies an ultra-modern museum showcasing the history of medieval Krakow with state-of-the-art multimedia techniques. Tourists are then usually captivated by the Royal Route – the historic route leading to the city’s main gate (St. Florian’s Gate), which was followed by Polish monarchs on their way to Wawel Royal Castle.

The Main Market Square - the largest medieval square in Europe

Church of the Assumption of Saint Mary, also known as St. Mary’s Church – one of the largest and most important churches in Krakow, after Wawel Cathedral. The wooden altar was crafted by Veit Stoss between 1477 and 1489, and is one of the most outstanding and best-preserved masterpieces of late Gothic sculpting in this part of Europe. From one of the church’s towers (the Bugle Call Tower), a bugle call is played every hour, on the hour, in the four directions of the city, according to a tradition dating back 600 years. 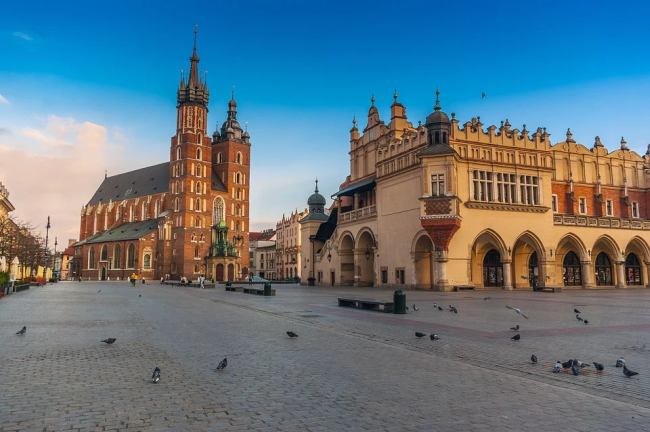 Modern Museum below the surface of the Main Market Square – The ‘Following the Traces of the European Identity of Krakow’ exhibition, created below the surface of the Main Market Square at a depth of 4 metres, extends over more than 4,000 square metres and was created to incorporate the archaeological finds uncovered during excavations made between 2005 and 2010. It showcases the remains of a medieval settlement, with around 700 everyday objects on display. It also incorporates stunning multi-media presentations and employs the very latest in exhibition technology to highlight its treasures. 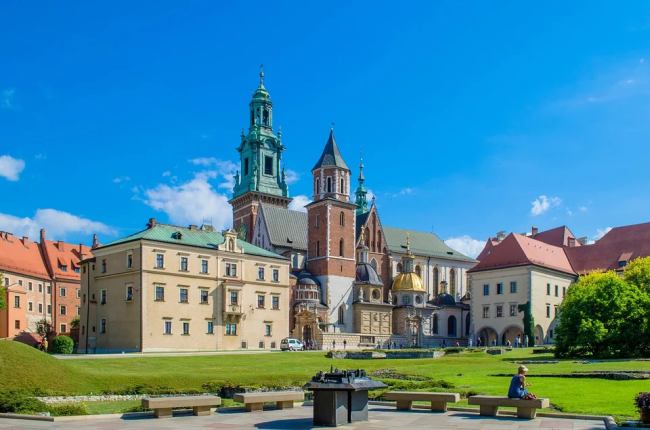 The Wawel Castle with the Wawel Cathedral towers on the left

The Barbican (also known as the Pan) – The barbican here is the northernmost part of Krakow’s extant fortifications. In summer, duels and combat between warring knights draw the crowds.

St. Florian’s Gate and city walls – The main city gate, created in the late 13th century and the bookend to ul. Floriańska to the north. In the late 15th century, a brick structure was erected that connected the gates with the Barbican. From then on, it became the main gate to the city and the beginning of the Royal Route leading to Wawel Castle. It is adjoined by the remains of the city’s medieval walls.

Jagiellonian University – One of the oldest universities, established in 1364 by King Casmir the Great. The Jagiellonian is the alma mater of such outstanding Poles as Nicolas Copernicus, Jan Kochanowski and Pope John Paul II.

Formerly a separate city, today Kazimierz is a district of Krakow itself, and the home of the long-standing coexistence of two cultures: the Christian and the Jewish. It is a space full of globally-significant monuments of Judaism, but most of all, it is an area bustling with life, both artistic and social. Numerous antiques and art markets are held here and live music resounds throughout the district’s numerous cafés, restaurants and bars. 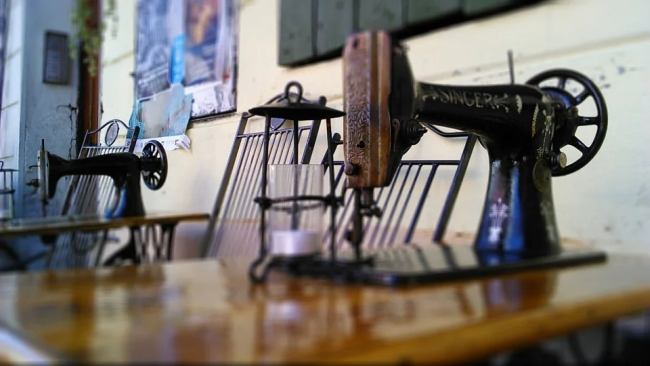 Located in the geographical centre of Krakow, Podgórze entices visitors with its greenery, mysterious atmosphere, intimacy and variety of modern museums. The historic buildings of the former Oskar Schindler Emalia Factory at ul. Lipowa 4 are now home to a branch of the Historical Museum of the City of Kraków, which here houses an innovative permanent exhibition: ‘Krakow under Nazi Occupation 1939–1945’. Right next door is the Museum of Contemporary Art in Krakow (MOCAK).

Kraków is primarily the vibrant cultural capital of the country. It is home to ca. 60 museums, over 30 theatres and 70 galleries. Each year Kraków holds almost 100 festivals and other cultural events. Some of the most notable of these include the musical events brought together under the banner of the ‘6 Senses’ project: the Misteria Paschalia, the Opera Rara series and the enormous Sacrum Profanum - which unites music fans from all across Europe and the Americas.

Kraków is also a good base camp for trips around the surrounding area. Whilst in Kraków, take a walk through the Jurassic valleys of Ojców and Pieskowa Skała, tour deep underground in Wieliczka Salt Mine, and take part in an important history lesson at the Auschwitz-Birkenau Museum in Oświęcim.

Text by Municipality of Kraków