Monkeypox outbreak: what should a general practitioner know about the etiology, presentation, prevention, and treatment? In the new McMaster Perspective episode Dr Roman Jaeschke is joined by Dr Kevin Woodward, associate professor of medicine and infectious diseases specialist in the Department of Medicine at McMaster University.

For a Publications of the Week article discussing this update, click here.

Roman Jaeschke, MD, MSc: Good morning. Welcome to another edition of McMaster Perspective. This edition was prompted by papers in the New England Journal of Medicine dealing with monkeypox. There was a paper describing, I believe, over 500 people with the disease. And there was an editorial that stated that over the first 3 or 4 months there were accumulated worldwide about 14,000 patients. Within 2 weeks elapsing from the original paper and editorial, this number doubled. I would like to introduce to you to Associate Professor Kevin Woodward, our infectious diseases specialist who is responsible for local and to a major degree provincial response to monkeypox.

Professor Woodward, are we dealing with another explosion of cases?

Kevin Woodward, MD: I think we probably want to keep it in perspective. I think we’re all a little bit burned by COVID and a bit epidemic doubt. While we are seeing an increase in cases, the most recent numbers were over 50,000 cases worldwide. This is not the exponential explosive growth that we saw with COVID. And right now it’s still restricted to specific demographics within the population. There’s also some good signs from both Europe, the US, and Canada that perhaps the number of cases or at least the rate of increase is slowing down.

Roman Jaeschke: Okay. So what should a person providing general care know about the etiology, presentation, and then maybe a little bit about prevention and treatment?

Kevin Woodward: I think the first thing to remember with this is is, as I said, it’s still quite restricted to specific demographic groups. Specifically, right now what we’re seeing is the outbreak is predominantly among gay, bisexual, and other men who have sex with men and their sexual networks. I get a lot of calls from different physicians around concerns for monkeypox and my first question is always, "Is there an epidemiologic link?" These rashes can look very typical for a lot of other things, so taking a careful history, especially a careful sexual history, is really important.

In terms of presentation, the vast majority of patients will present with rash. If we look at the case breakdown of individuals, about 75% to 80% will actually have a rash when they present to their clinician. Oral and genital lesions are very, very common; fever, fatigue in about 50% of people; and then lymphadenopathy, chills, headache, all the sort of normal symptoms you would expect with a viral infection.

The other thing to remember is that 99.5% of the cases that we’ve seen, at least here in Ontario, have been in men. So if you’re seeing a patient with a rash in the office and they don’t fit that epidemiologic criteria, you might want to rethink if monkeypox should really be on your differential right now. That’s prone to change. But what we’re seeing at the moment is that still this is an infection that’s really restricted to specific groups.

Roman Jaeschke: People are talking about rash or lesions or ulcers or pustules. What should raise the question?

Kevin Woodward: Part of the problem with monkeypox is that they can look like a rash, they can look like vesicular lesions, a lot like varicella or even herpes, and they can often be pustules. They’re often in different stages. So sometimes looking at it, it can be tough to see. And certainly in my clinical practice when I’ve been seeing patients, there’s somewhere I’ve said “This is 100% monkeypox,” and I’ve swabbed it and it’s negative. There’s somewhere I’ve said “This can’t possibly be monkeypox but I’ll send a swab just in case.” And it’s been positive. Again, these are all in patients with a strong epidemiologic link for possibility of monkeypox.

I think if you see a rash in an individual where there’s not an obvious cause or you’re not exactly sure what it is and they’re part of that at-risk group, you should consider swabbing for monkeypox and send it off for testing.

Roman Jaeschke: And this would be a diffuse rash or localized rash?

Kevin Woodward: It can be both. The majority of what we’re seeing right now is rashes that are either in the oral or the anogenital area. It seems to be site of inoculation that we really tend to see the most number of lesions. However, you can have a more diffuse and disseminated rash that can be across the whole body; those are less common than seeing those discrete oral or anogenital lesions.

Roman Jaeschke: All right. We are all more familiar these days with taking swabs for viral diseases. I guess each of us had probably 10 of them within last 2 years. Is it something similar to what we do for monkeypox?

Kevin Woodward: Yeah. The swabs that we would take for monkeypox are the traditional—at least in Ontario—that sort of pink media, the universal transport media. The same procedure you would use if you were swabbing for herpes simplex virus (HSV) or for varicella from a lesion. In general what you want to do as a clinician is unroof that lesion with a small needle and then swab the lesion itself. Public Health is taking them. They can be sent now through LifeLabs as well. So if you’re taking the swab in your office, you can just package it up and send it down to the lab as you would any other swab, and they’ll send it out to Public Health.

Roman Jaeschke: So effectively as most of the viral swabs otherwise.

Kevin Woodward: In this particular outbreak the actual rate of hospitalizations has been relatively low. Ten percent is the number of worldwide. In Canada, we’re looking at around 1% to 2% of folks that are hospitalized. There are couple of reasons why people may come into hospital. Number one, secondary infections. So these lesions, just like varicella or other cutaneous viral lesions, can get secondarily infected with bacteria and those patients may require hospitalization for IV antibiotics.

Roman Jaeschke: My understanding was somehow that there were different strains of monkeypox and maybe the one which is spreading worldwide is the more benign one. Is that correct?

Kevin Woodward: Yeah. There’s been outbreaks of monkeypox and sort of ongoing outbreaks of monkeypox in Africa for the last number of years and it’s remained relatively ignored, as many of those diseases are. The West African clade or strain that we’re looking at now has a much lower rate of mortality than the 10% that was quoted for “traditional” monkeypox. And certainly, again, in the current outbreak within North America and within Europe we’re seeing a very, very low mortality rate.

Roman Jaeschke: That’s the good news. Once you get it, other than the symptomatic treatment, for, say, pain or hydration, what else could be done if the disease is severe?

Kevin Woodward: For those individuals who have severe disease, either requiring hospitalization or if they have underlying severe immunocompromise, we do have an antiviral treatment that’s available. It’s called TPOX or tecovirimat. This is a drug that’s been approved for smallpox. It’s not really been studied well for monkeypox at all; in fact, the approval for smallpox is based on animal studies, because we haven’t really had an outbreak of smallpox for many years. But in animal studies, it was very effective at preventing death from smallpox. Because the two viruses, smallpox and monkeypox, are quite related, the feeling is that it may be effective for that. We’ve used it as a treatment for those individuals who have severe disease. The question right now [to which the answer] we don’t know is, does it actually work? Anecdotally, some people get better very quickly when they get started on the medication and some people don’t. So we really don’t have good data on how this drug actually works for monkeypox. But for those individuals who have severe disease, it’s certainly something that we’ve been using.

Roman Jaeschke: Okay, then prevention. Maybe the last topic. What can be done about it on the public health level?

Kevin Woodward: Right now there’s vaccination campaigns that are underway in most countries within the world and certainly in Canada. We actually had a very good response by Public Health quite quickly to be able to get vaccine out to the groups who are at risk. And so now, certainly within Ontario, which is where I’m most familiar, in almost every Public Health jurisdiction they’re holding vaccine clinics for individuals. If someone is at risk for monkeypox, they should go out and access the vaccine. It is, again, a smallpox vaccine. There is some sort of low-level data in terms of case reports and case series where it does show efficacy in preventing disease from monkeypox. Again, because this is an emerging disease, we don’t have great data on what that level of protection is, but in the extrapolation from antibody levels and other studies, it’s probably around 80% to 85% once you get a full series of the vaccine. So being able to access vaccine I think is the number one thing that we can do in order to decrease the spread of monkeypox within the population.

Roman Jaeschke: Two things which strike me. One, maybe we should schedule another update in a month or so, so that we have new data. And maybe one other thing of interest: epidemiologically, we are talking about the world. A whole world? Or is it somehow concentrated?

Kevin Woodward: Certainly what we’re seeing right now is many, many countries. So if you look at the most recent data, there’s over 100 countries that have cases of monkeypox, and 93 of those have not historically reported monkeypox. With some of the places that haven’t reported any [cases], you do wonder if there’s just a lack of testing. But we are seeing the whole world being affected by this outbreak.

Roman Jaeschke: So sooner or later, it may be there anyway. Professor Woodward, I really appreciate that update. As I said, we’ll try to book another one in a month or so and see. Hopefully there will be not too many exciting news about epidemiology and maybe something more about prevention and treatment. I really appreciate your expertise and your time. Thank you.

Kevin Woodward: No problem. Thanks very much. 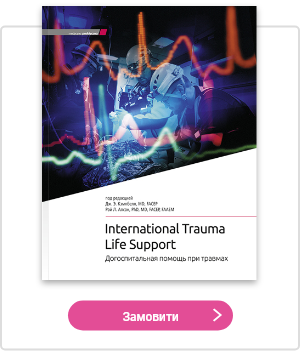