The South Asian edition of the McMaster Textbook of Internal Medicine had its official premiere on April 14, 2022, during the 77th Annual Conference of the Association of Physicians of India (APICON), this year held in the beautiful historic city of Jaipur (also known as the Pink City), Rajasthan.

The launch ceremony was graced by many prominent figures, including (left to right in the photo below): Dr Puneet Saxena, Organizing Secretary of APICON 2022; Dr K K Pareek, Organizing Chairman of APICON 2022; Dr Shyam Sundar, President of API; Dr Rajendra Upadhyay, Immediate Past Dean of the Indian College of Physicians (ICP); Dr Kamlesh Tewary, President of API; Dr G S Wander, Director of the Physician Research Foundation (PRF); Mr Adam Burakowski, Polish Ambassador to India and a Guest of Honor; Dr Mangesh Tiwaskar, editor in chief of JAPI and former Secretary General of API; as well as Dr Jyotirmoy Pal and Dr Nandini Chatterjee, editors in chief of the South Asian edition of the McMaster Textbook; Dr Roman Jaeschke and Dr Piotr Gajewski, Professors at McMaster University and editors in chief of the McMaster Textbook and McMaster Textbook South Asian edition; and a number of project contributors. First Dr Chatterjee, Dr Gajewski, and Dr Jaeschke briefly introduced the book and outlined its history and distinctive features, including its adaptation to the South Asian settings. Then, the Polish Ambassador took the floor to add a few words. The part of his speech in Hindi, in which he expressed his cordial thanks to the Indian health-care professionals, was very touching and received a warm welcome from the audience. Dr Piotr Gajewski in his speech on the project history Dr Roman Jaeschke presenting the idea behind the McMaster Textbook Mr Adam Burakowski, Polish Ambassador to India, expressing his thanks to the Indian health-care professionals

The speeches were followed by the official unwrapping and presentation of the book, accompanied by standing ovation.

All those interested in the Textbook and the entire project (print, web-based version, and mobile app) had a chance to ask questions and obtain more information from representatives of Knowledge Bridge, our partner and publisher in South Asia, at a booth located right by the entrance to the main building. And we must admit, the visitors were plenty! 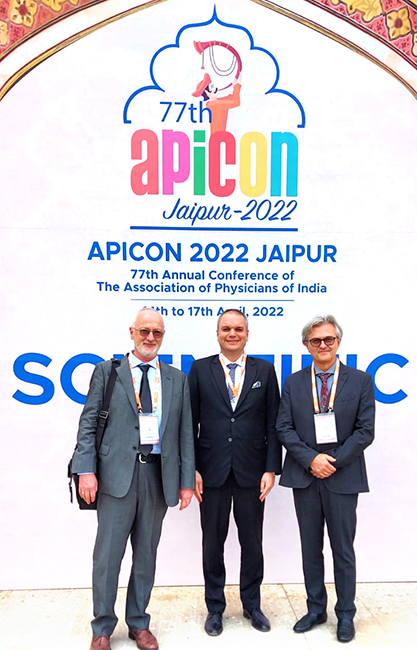 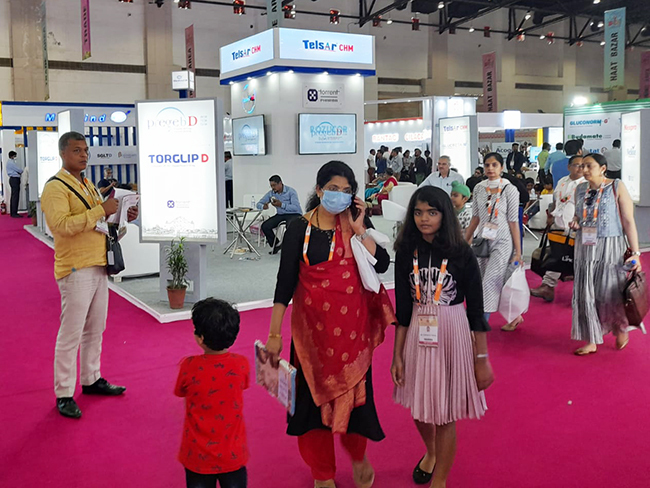 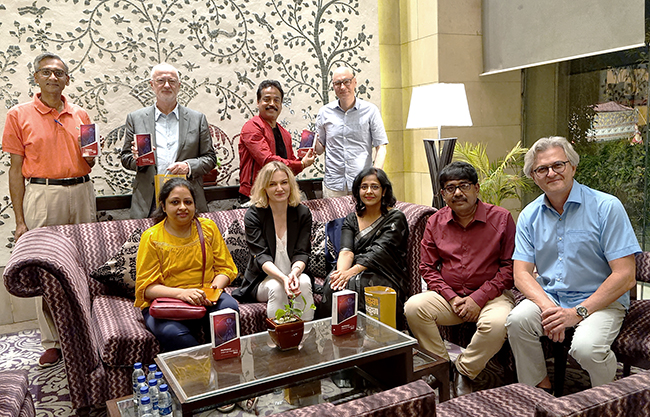 Hello South Asia, fasten your seatbelts! Our journey together has just begun!