Consequences: Swallowing blood running down the posterior pharynx may cause nausea, coffee ground vomiting, or hematemesis. Massive bleeding may result in a significant blood loss; it can also lead to partial upper airway obstruction.

1. Patients with epistaxis often cough, spit, or sneeze during treatment. Application of a face shield or eye protection is advised. Special consideration should be given to the treatment of epistaxis in the context of droplet or airborne disease transmission; appropriate personal protective equipment (PPE) should always be considered.

2. Instruct the patient to sit with the head tilted forward to prevent posterior drainage and swallowing of the blood. Compress the soft portion of the nose using the thumb and index finger or a commercial compression device. Apply pressure for a minimum of 10 minutes without releasing pressure to check for hemostasis. This usually results in successful bleeding control.

3. Visually inspect the posterior pharynx. Visible blood running down the pharynx despite previously applied anterior pressure indicates a possible posterior nasal bleeding. Posterior pharyngeal blood is often seen on initial inspection. The patient should be asked to drink water to clear the nasopharynx. If blood is again visible 5 to 10 minutes after drinking water, despite anterior pressure applied earlier, the suspicion of posterior epistaxis is much higher.

5. If the bleeding cannot be controlled within 10 minutes:

1) Transport the patient to an emergency department or consult an on-call ear, nose, and throat (ENT) specialist for definitive management.

2) Continue anterior compression of the soft portion of the nose, as above.

3) A major bleeding, and particularly a posterior nasal bleeding, can be temporarily stopped for the duration of the transfer using a 10 to 14 French (F) Foley catheter with a 30 mL balloon. Insert the catheter via the bleeding nostril into the nasopharynx, fill the balloon with 10 to 15 mL of water, and pull the catheter until resistance is felt. Take care to avoid pulling in the lingula and the soft palate (Figure 22.1-1). Stabilize the catheter from slipping back into the pharynx with a neonatal umbilical clip or surgical clamp (eg, Kelly clamp). Pad the contact area between the clip or clamp and the soft tissue of the tip of the nose to prevent skin breakdown. Weighting the end of the catheter with an attached 500 mL IV fluid bag may be considered.

1. Topical anesthesia: The process to stop bleeding definitively requires a good light source and visibility. The patient should blow their nose gently to expel all residual clots. A local anesthetic with a mucosal vasoconstricting agent (eg, 1%-2% lidocaine with epinephrine) is used. Soft tissue edema may be diminished by the application of topical xylometazoline. Both the local anesthetic with epinephrine and xylometazoline may be applied by soaking a cotton ball in a mixture of these agents and inserting them into the bleeding naris. Apply anterior external pressure for 10 minutes, then reexamine the patient.

3. Local clot formation: Topical administration of 500 mg of tranexamic acid, applied with a cotton ball, can promote local clot formation. The IV formulation of tranexamic acid can be used to soak the cotton ball, which is then inserted into the naris. Apply anterior external pressure for 10 minutes, then reexamine the patient. If the bleeding has stopped, cauterization should be performed if feasible.

4. Anterior nasal packing: Insert a tight horizontal layering of a long gauze covered with vaseline into the anterior portion of the nose starting at the base of the naris. Leave both ends of the long gauze outside of the nose (Figure 22.1-2). A gauze end left inside the nose may migrate into the oropharynx, stimulating a gag reflex. Anterior nasal packing can also be performed using a commercial device; these devices have various formulations, including absorptive surfaces, expanding surfaces, clot-enhancing surfaces, inflatable compressive surfaces, or combinations of these features. Once the anterior packing is complete, inspect the pharynx for persistent bleeding. If anterior or posterior bleeding continues, leave the anterior pack in place and anteriorly pack the contralateral naris. This may optimize compression across the septum. Remove the packing after 2 days. Counsel the patient about the risk of toxic shock syndrome (TSS) and nasal sinusitis with nasal packing. TSS occurs in ~16 of 100,000 packings applied (all types, not only nasal), and the incidence of sinusitis is not well established. Traditional practice to prophylactically administer antibiotics to prevent TSS or bacterial sinusitis is not supported by evidence. The administration of antibiotics should be considered in those with diabetes mellitus, advanced age, and in patients who are immunocompromised. All should be followed up by an ENT specialist in 48 to 72 hours.

5. Posterior nasal packing: If bleeding is persistent, posterior nasal packing should be performed, preferably by a person trained in this procedure. This should be done with light sedation or parenteral analgesia, as it can be uncomfortable. The Foley catheter technique (see On-Site And Nonspecialist Management, above) is most commonly used. With a significant bleeding or when lateralization of bleeding is difficult to determine, placing bilateral posterior packs should be performed. Once the posterior pack(s) have been placed, bilateral anterior packing should be performed, as described above. Finally, securing the Foley catheters with a neonatal umbilical clip or surgical clamp or a weighted 500 mL IV fluid bag completes the procedure. Commercial products also exist for posterior packing and generally consist of 2 balloons: one for posterior bleeding and one for anterior bleeding. Both chambers should be inflated.

6. Additional considerations: Patients with posterior bleeding should receive a complete hematologic and metabolic workup. These patients require consultation with an ENT specialist and typically admission to the hospital. Patients with clinically significant anemia may need to have their red blood cells replaced. In patients with thrombocytopenia or dysfunctional platelets, administration of platelets or desmopressin should be considered within the clinical context. Patients with bleeding disorders should be considered for factor replacement or desmopressin. Patients receiving anticoagulant or antiplatelet medications should be considered for reversal of anticoagulation or platelet transfusion, depending on the clinical situation. Finally, patients requiring posterior packing may theoretically benefit from the administration of parenteral tranexamic acid; however, the evidence for this practice is unclear. 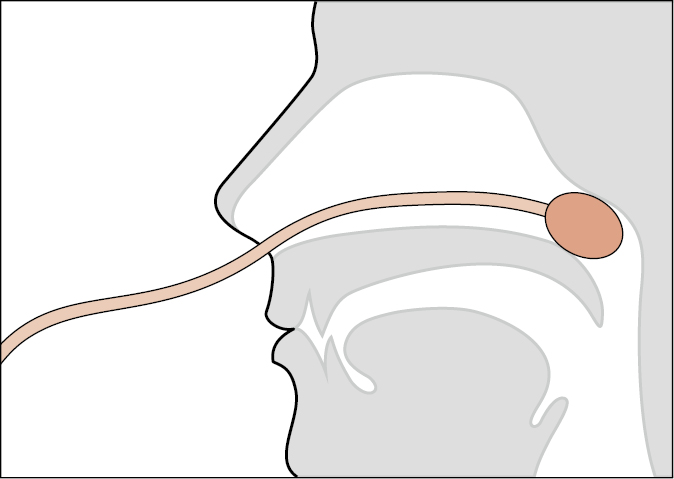 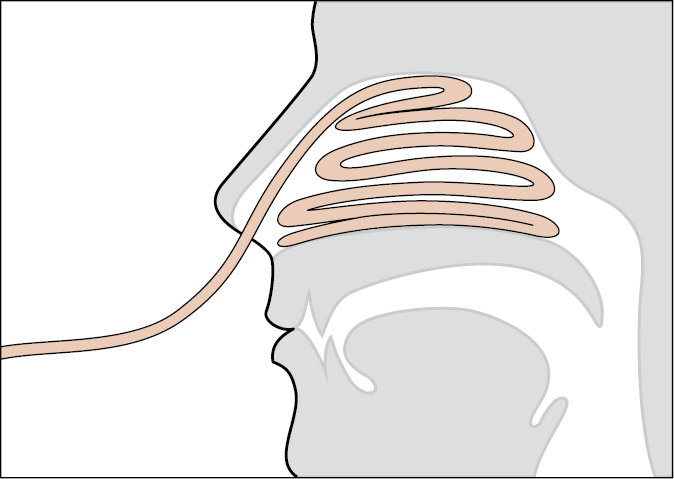