Patients after myocardial infarction (MI) can develop a myriad of ventricular arrhythmias. Polymorphic ventricular tachycardia (VT) or ventricular fibrillation (VF) can develop in the acute phase of MI or during periods of acute ischemia at a later stage. Scar-related arrhythmia (chronic phase of ischemic cardiomyopathy) is usually manifested as monomorphic VT, either nonsustained (NSVT) or sustained. Sustained monomorphic VT usually develops in patients with more extensive necrosis and depressed left ventricular (LV) function; this type of VT is related to a reentrant circuit within the myocardial scar.

NSVT may be asymptomatic. However, sustained VT occurring in this group of patients, particularly during faster rhythms (>150-170 beats/min), may cause significant hemodynamic abnormalities leading to hypotension, chest pain, heart failure, syncope, or cardiac arrest (VT can transform into VF).

Electrocardiography (ECG): see Figure 3.3-1. Polymorphic VT or VF is manifested as a chaotic ventricular rhythm. Sustained monomorphic VT presents as a wide-complex tachycardia and needs to be differentiated from supraventricular tachycardia with aberrancy and from antidromic atrioventricular reentrant tachycardia. The morphology of the VT can help define the origin (myocardial earliest activation point). For example, in a patient with a previous apical MI (the left anterior descending artery [LAD] territory), a monomorphic VT would have predominantly negative QRS in the precordial leads.

1. Optimize ischemic heart disease treatment, including revascularization and treatment of LV dysfunction or heart failure. All patients should receive a beta–blocker unless contraindicated.

2. Antiarrhythmic medications: Patients who had VT or VF while on beta-blocker therapy may be considered for a trial of amiodarone to prevent arrhythmia recurrence. Although sotalol is less effective, it is still an option for patients who cannot use amiodarone.

4. Implantable cardioverter-defibrillator (ICD): This is indicated for secondary prevention of sudden cardiac death (SCD) in patients who have survived VF or VT causing hemodynamic instability unless the episode occurred in the setting of acute ischemia with a treatable cause. The primary indication (individuals at risk for SCD who have not had an episode yet) includes patients >40 days after MI with an LV ejection fraction ≤30 to 35%. If ICD implantation is not possible despite indications (lack of patient consent, contraindications, lack of resources), administer amiodarone or sotalol. 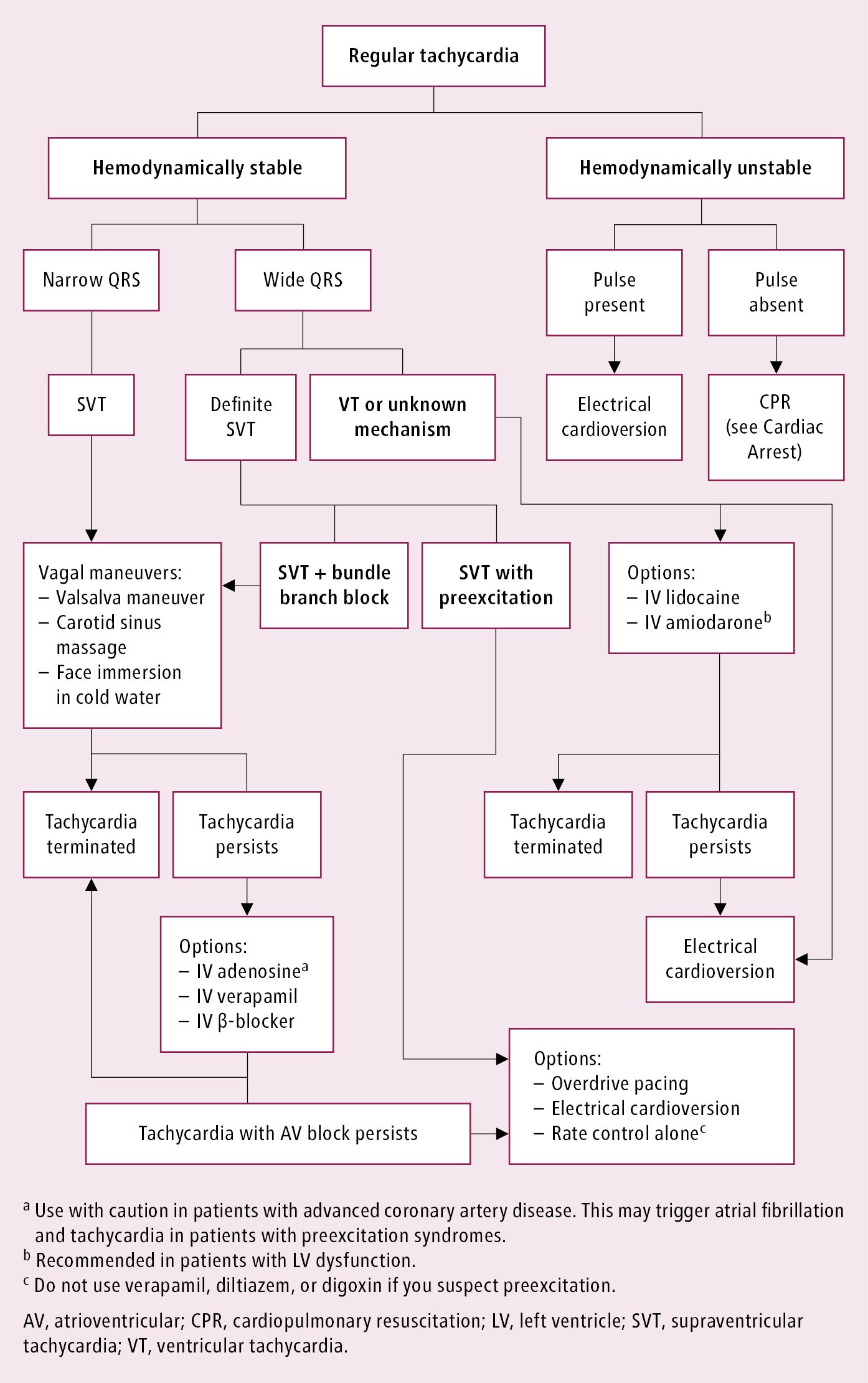 Figure 3.4-12. Acute management of patients with regular tachycardia. Adapted from guidelines by the American College of Cardiology, American Heart Association, and European Society of Cardiology.