Main potential indications: Ulcer complications (the most common; eg, perforation, hemorrhage, pyloric stenosis) not responding to pharmacotherapy, ineffectiveness of pharmacotherapy (less common; eg, failure to heal the ulcer, frequent [≥2 times a year] and early [<3 months after treatment] recurrence of ulcers after exclusion of other causes of ulcers including Zollinger-Ellison syndrome).

In patients at risk of ulcer recurrence or complications due to the use of NSAIDs in whom these drugs cannot be discontinued or replaced with less harmful agents (eg, acetaminophen [INN paracetamol]), use full antiulcer doses of a PPI as an adjunct to NSAIDs (Figure 7.2-2). The use of film-coated (releasing active substance in the small intestine) or buffered preparations of ASA does not reduce the risk of complications. Do not replace ASA with clopidogrel to reduce the risk of recurrent ulcer bleeding in high-risk patients; this approach is inferior in terms of bleeding risk to the use of ASA in combination with a PPI. Before a planned long-term treatment with NSAIDs, particularly in patients with a history of ulcer disease, test for H pylori infection and administer eradication treatment if the result is positive. 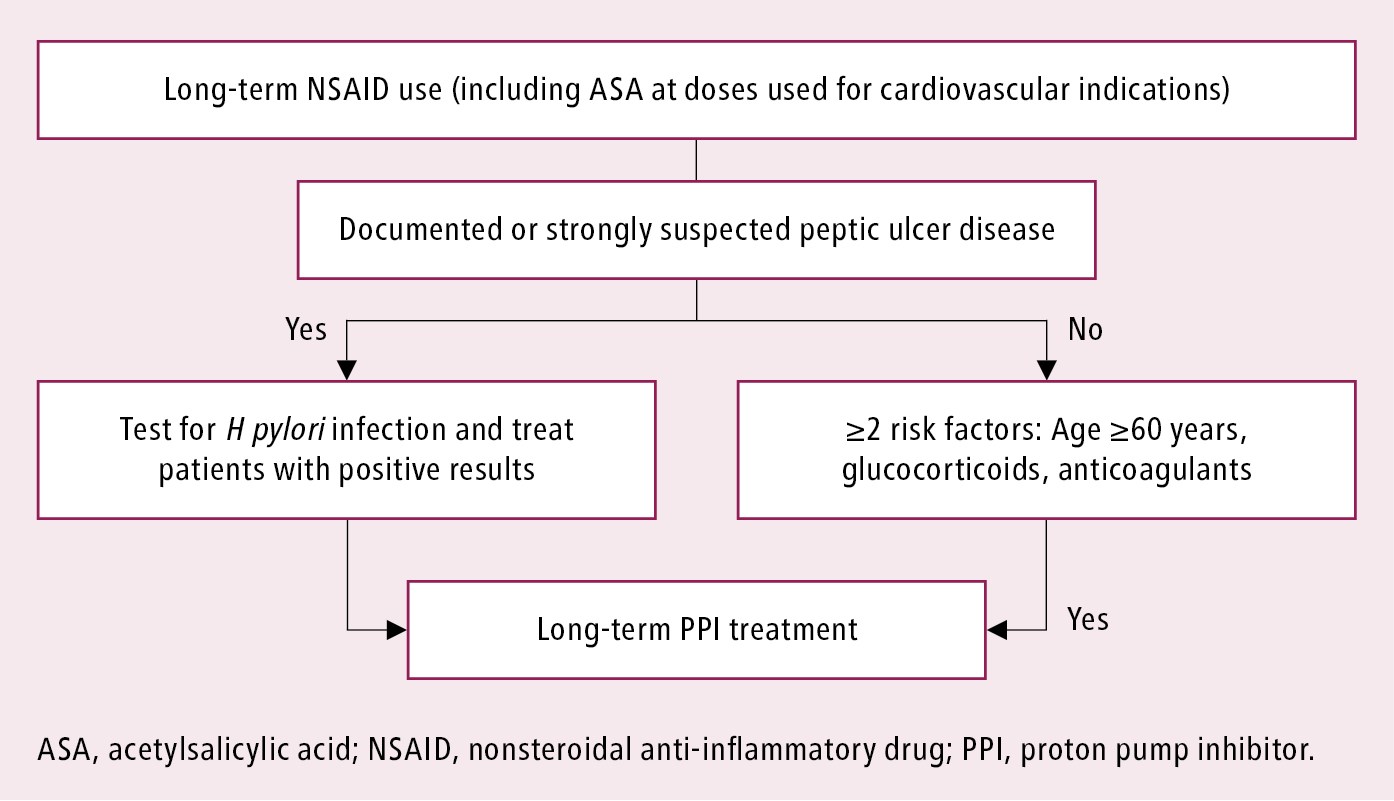